The birth of Venus out of Orion (IV) 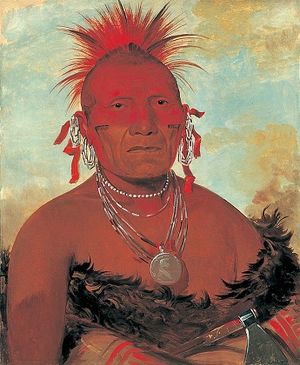 That the complex star-mythology of the Pawnee (Fig. N) is centered around the Morning and Evening Star is widely known. The Pawnee sacrificed young captive maidens to the Morning Star Venus still in the early 19th century. (Fletcher 1903:10-15; Linton 1922: 21-38; 1926: 457-466; Velikovsky 1978: 171-175; Williamson 1984: 218-235) In the scholarly discussions Mars is optioned as the Pawnee Morning Stars frequently. But one of the main arguments is based on the colour red for Mars, so this is not convincing next to the presented worldwide evidence for the big and red star Venus, the Morning and Evening Star. Schlesier and the ceremonial men of the Tsistsistas identified the Morning Star as planet Venus and this fits perfectly well the general pattern that Velikovsky reconstructed for so many cultures all over the world.

Bauval thinks it possible that inside the Cheops pyramid, as well as in the other Egyptian pyramids, the same fertility rites were performed, like those in the Ziggurats of Mesopotamia, involving the king and the high priestess. In Mesopotamia these rites had been connected to the goddess Ishtar, the Morning Star Venus. He is probably right with his assumption, that inside the Egyptian pyramids Ishtar / Isis / Sirius / Osiris / Venus was celebrated. A text which was found in the "House of Isis", close to the Cheops pyramid, mentiones Cheops (Khufu) and the Great Pyramid, and calls Isis / Venus the "Misstress of the Pyramid. In the myth of Isis and Osiris the decisive element was the making of an artifical phallus through Isis, so that she could ... become pregnant by Osiris". (1994: 159,177) Perhaps Isis and Osiris were names for the Morning and Evening Star. This reminds us of the fertility rites the world over. The Tsistsistas' New Life Lodge is a fertility rite, too, involving the main priest and the wife of the main pledger. If a child was the result of this unification, it was considered sacred. 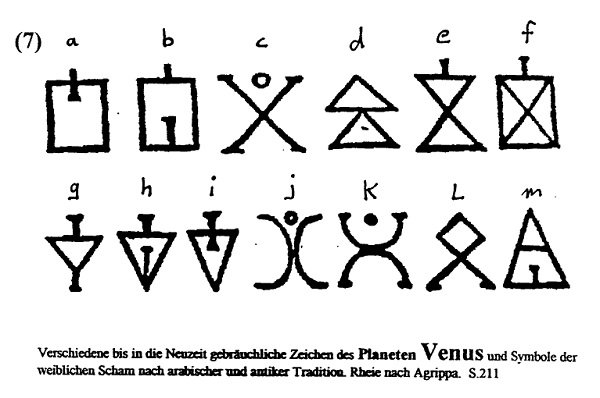 The different signs for Venus in Arabic and antique tradition (Fig. 7) find some striking resemblances in signs and symbols found throughout the world (Hansmann 1966: 211, Fig. 702). The similarities are not only obvious in form, but also in the corresponding meaning. I like to give a few examples, which will further be explained in the following text: Fig 7­e is marking the bullheaded goddess from Old Europe (Gimbutas), an area reaching from Greece to Belgrade and the Danube river. (IIlig 1988: 133). (Fig. 8) 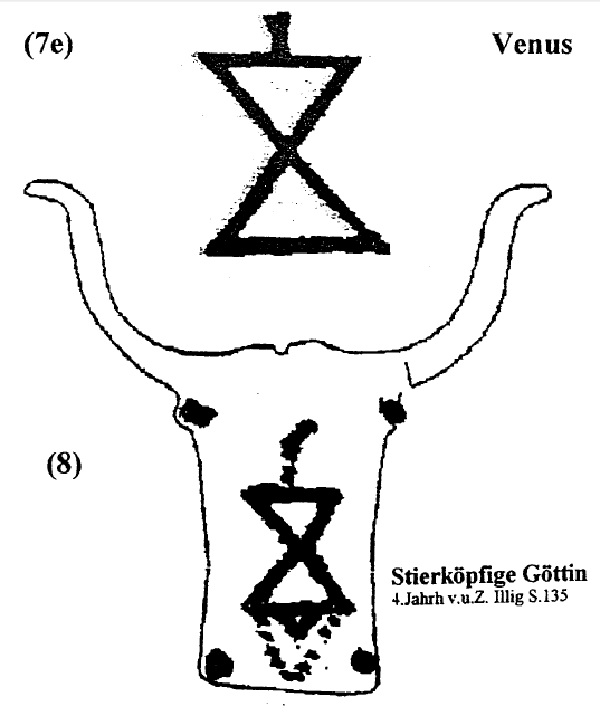 In Mycenian Greece a golden bullhead with a star on the forehead was found on the mainland (Velikovsky 1950, 1978: 153). Also in the Cheyenne ceremonies bullheads with a star painted on their foreheads are used. These Morning Star / Venus symbols are also painted on the foreheads, or faces, of the human participants during the ceremonies. 7e, the Orion / Venus sign, is clearly the base for the Chippewa thunderbird / Venus design (Feder 1982: C. plate 47). (Fig. 9). 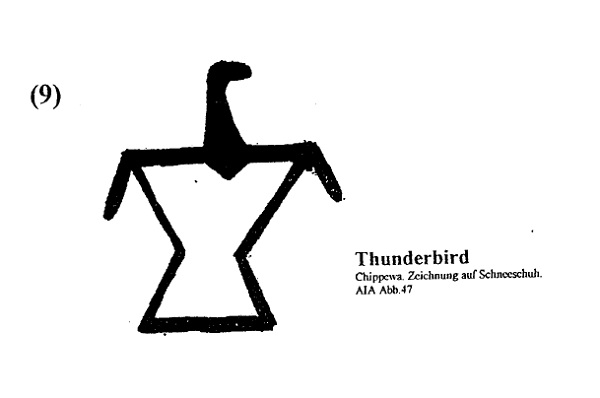 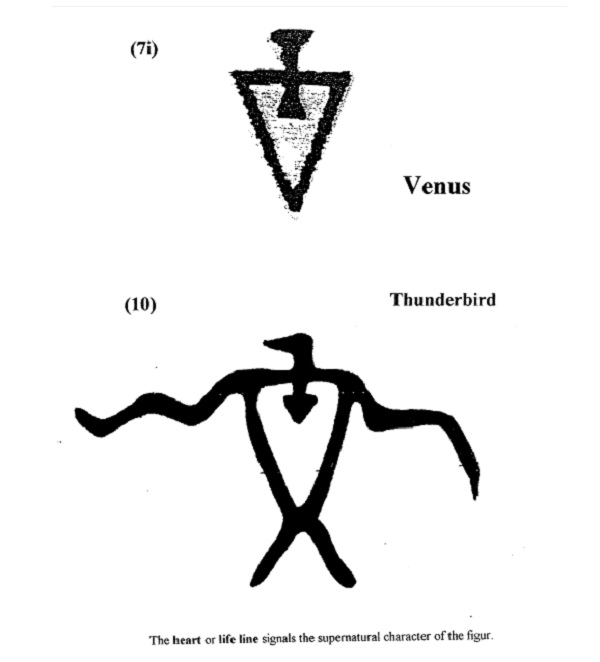 Also the Dogon in Africa use this sign to identify their mythological snake / Venus (Fig. 11). 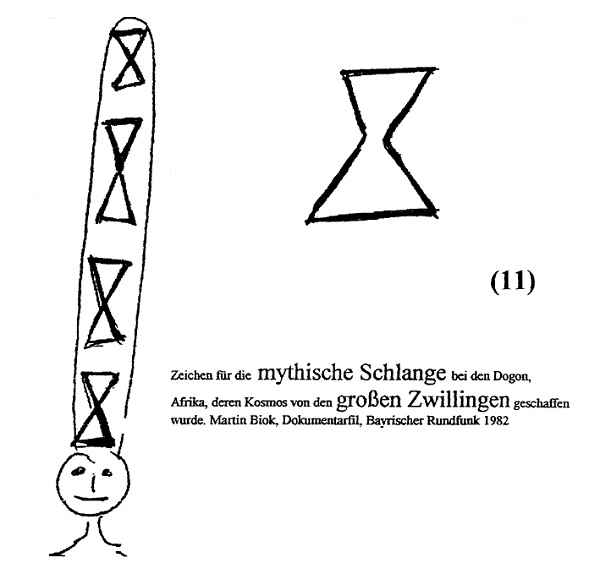 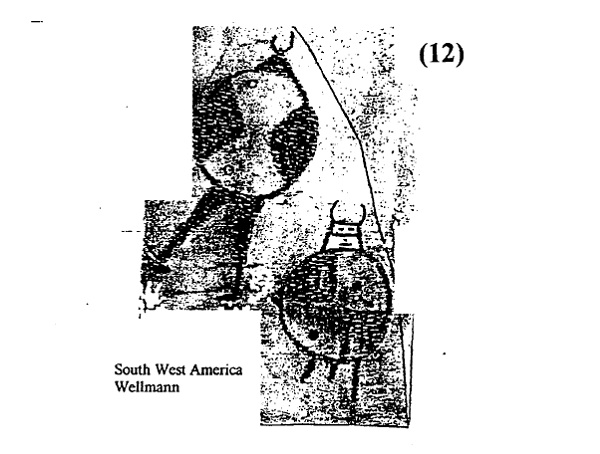 The Orion / Venus sign sits in the middle of quite a complex design on a Piegan Blackfoot parfleche, whose other main features are two thunder bows / Venus (Fig. 13). 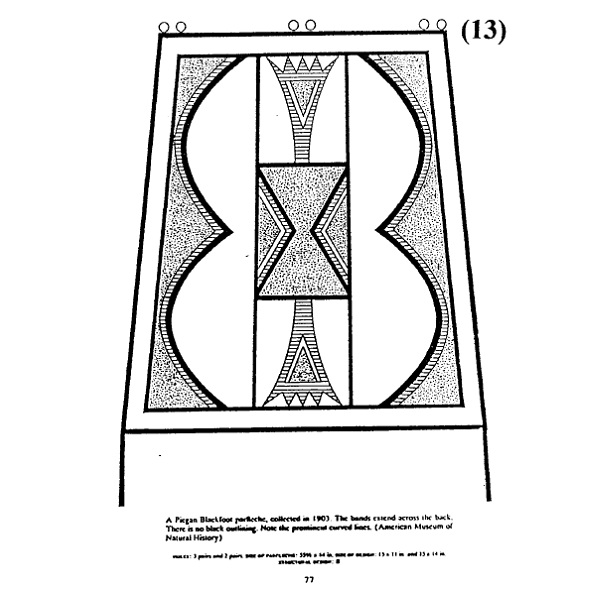 On an Umatilla parfleche we find three hourglasses next to eachother, the one in the middle is split in half, or separated by a rhombic form, which again is another Venus sign in Cheyenne culture. (Morrow 1975: 77, 106) (Fig. 14) 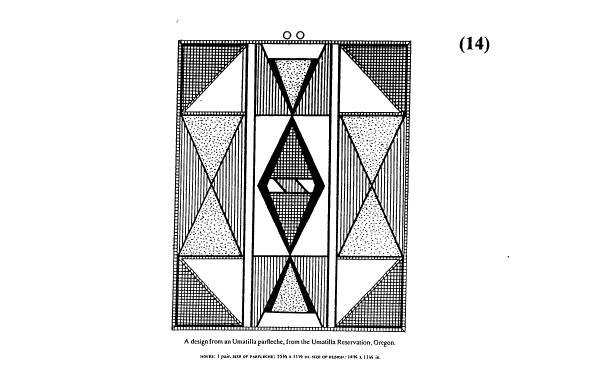 From Rigel in Orion the constellation River Eridanos winds down to the south pole (Fig. 15). 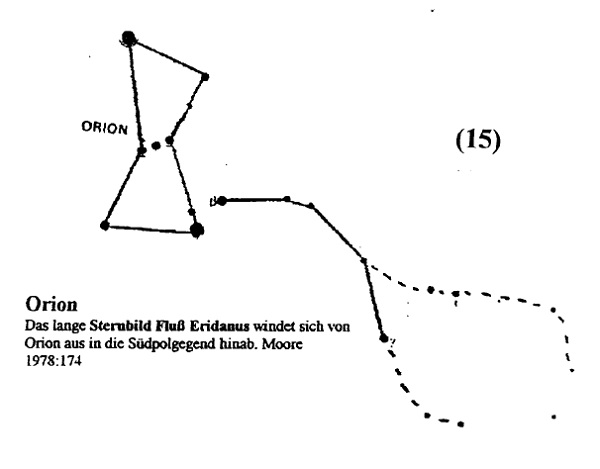