Opening a new Doorway to the Past: The Use of Iron in the Great Pyramid at Giza in 4th Dynasty 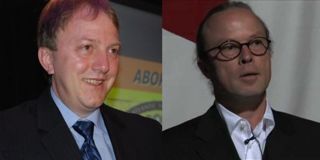 In December 2013 Dr. Zahi Hawass, former Minister of Antiquity under the now discredited president Hosni Mubarak of Egypt, publicly accused Dominique Goerlitz and Stefan Erdmann of “stealing the famous Cartouche of the Pharaoh Khufu inside of the pyramid.” The “Khufu-Cartouche” is regarded as the Holy Grail of Egyptology since it is the “smoking gun” evidence that conclusively proves the ownership of the Great Pyramid to this 4th dynasty pharaoh.

Goerlitz and Erdmann, however, strongly denied that they touched the Khufu-Cartouche, let alone steal or damage it. They claimed that they had official written permission to enter the Great Pyramid after hours, as well as implied permission to collect only a few milligrams of ancient paint from another inscription as well as some small amount of scratching of ‘black stains’ from the granite beams of the King’s Chamber which they wanted to have scientifically tested by an accredited laboratory in Germany. The taking of samples took place under the supervision of inspectors from the Egyptian Ministry of Antiquities as well as security officials. Goerlitz and Erdmann later duly returned the paint samples to the Egyptian authorities once these had been scientifically tested in Germany.

Iron in the Great Pyramid 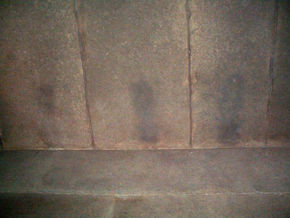 Fig. 2 Three of the all in all eighteen black uniform magnetite traces on the ceiling of the Kings Chamber in the Great Pyramid

Notwithstanding the politics, distractions and shenanigans caused by the rash accusations made by Dr. Hawass, the samples that were collected and scientifically tested in Germany for Goerlitz and Erdmann may have solved the age-long mystery concerning the use of iron and possible advanced technologies used by the Pyramid Builders of Giza.

Goerlitz and Erdmann are not the first discoverers of iron in the Great Pyramid – but their research results finally can close the necessary chain of evidence. The particular importance lies in the proof that they can demonstrate ancient Egyptian wrought iron in the original finding context. Both, the occurrence of 18 black magnetite traces on the ceiling and the iron plate found by J.R. Hill in 1883 (metallurgically investigated by El Gayar & Jones, 1989) provide the physical proof for the use of iron in the Fourth Dynasty. The presence of magnetite and “[…] other inclusions of un-reduced iron show that the >melting< operations had been inexpertly carried out at low temperature probably between 1.000 and 1.100°C […]“ (Gayar & Jones). All these archaeo-metrical evidence contradict strongly the official statements of the scholars that in the Old Kingdom people neither knew how to produce iron nor how to use it.

The evidence culled from the scientific tests also would explain the mystery of how huge multi-ton blocks were transported and, more intriguingly, how they were lifted and positioned by the Pyramid Builders of Giza, suggestive of a highly advanced technology and the use of iron equipment in the 3rd millennium BCE in Egypt. Goerlitz is preparing an experiment in which he is trying to demonstrate how the ancient Egyptians may have used their iron equipment (Congress in Lennestadt -> August 22nd-23rd, 2015).

These exciting and paradigm-changing findings will be expounded in a book as well as a major television documentary.